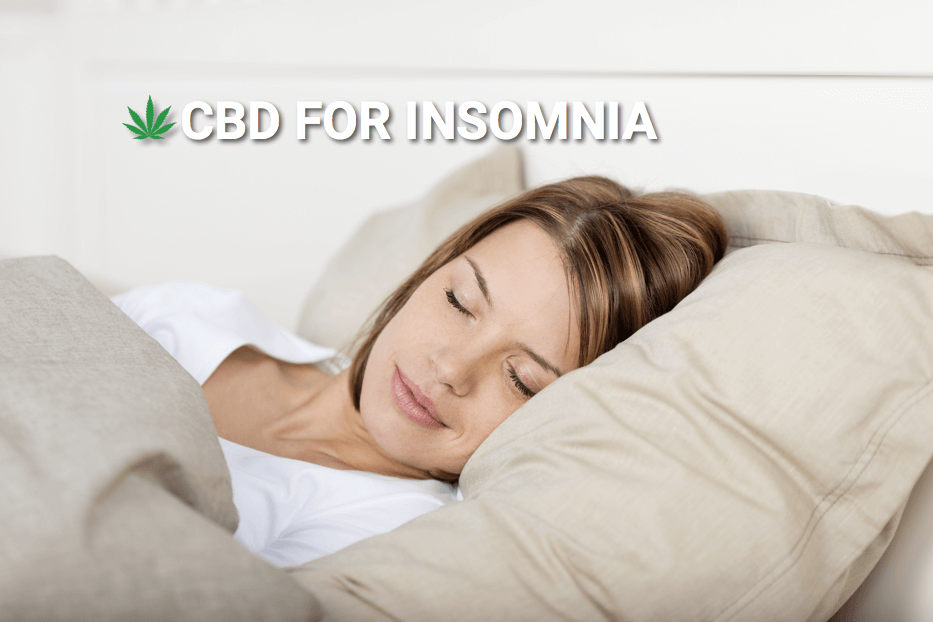 If you toss and turn for what seems like hours in a futile attempt to sleep, you’re not alone. According to the Better Sleep Guide, approximately 30% of the American population suffers from insomnia. Almost half the population loses sleep due to stress and anxiety, and we sleep 20% less on average than people 100 years ago.

There is a myriad of possible reasons; the proliferation of technology added stress due to a competitive work environment and less than ideal diet and exercise regimes. The CDC says we need at least 7 hours of sleep a night and there is new evidence emerging that CBD could be just the ticket to help with your insomnia.

Traditional Insomnia Treatments & Their Side Effects

There’s no question that chronic insomnia (difficulty sleeping three times a week for three or more months) can cause major health issues such as:

According to Sleep Education, the American workforce lost $63 billion in terms of ‘work performance’ in 2013, a figure that rises each year. In a desperate attempt to get enough rest, millions of Americans turn to pharmaceutical sleep aids.

The above are classified as anti-anxiety medications and are designed to increase drowsiness and make it easier to get to sleep. One of the main problems with benzodiazepines is that they cause side effects such as issues with memory and attention. They are also known be to extremely addictive. If you take them too often, you’ll become completely reliant on them and be unable to sleep via any other means.

Barbiturates are designed to depress your central nervous system and lead to sedation. These are extremely strong ‘hypnotic’ drugs that are potentially fatal if you take an overdose.

There are a number of new sleep medications such as Sonata, Ambien, and Lunesta. They bind to the same receptors in the brain as benzodiazepines, and while they are less addictive, they can still lead to dependence.

How Can CBD Help With Insomnia?

Cannabis has been used as a sleep aid for centuries, and it is also effective when it comes to reducing anxiety and stress. Scientists identified the first cannabinoid in the 1960s and have identified over 80 more since. THC and CBD are the two best known; the former is renowned for its psychoactive ‘high’, while CBD has been heralded as an effective medicinal tool due to the lack of ‘high.’

To date, scientists have found that CBD interacts with a variety of receptors, proteins, and chemicals in the brain. The result of these interactions is a raft of changes in how hormones, neurotransmitters, and cells work. It seems as if CBD is capable of having an impact on several body functions including the sleep-wake cycle.

One of the most recent studies relating to CBD and sleep was published in Pub Med by Babson, Sottile, and Morabito in 2017. The conclusion was that CBD potentially has therapeutic potential for the treatment of insomnia. It could also assist with REM sleep behavior disorder and daytime sleepiness. Interestingly, the study also found that THC could impair sleep quality in the long-term even though it decreases sleep latency.

This follows on from a variety of studies on rats including one by Hsiao et al. which was published in Neuropharmacology in 2012. The conclusion was that CBD could help to block anxiety-induced REM sleep because of its anxiolytic effect.

Perhaps one of the biggest ‘plus points’ with CBD for insomnia is that it helps wean people off addictive medication without carrying any addictive properties of its own. According to a 2017 study by Brightfield Group and HelloMD, people who use CBD are more likely to drop their traditional medicine.

The study looked at 2,400 members of the HelloMD community, and the most common reasons to use CBD included treating insomnia, pain, and anxiety. 42% of CBD users admitted that they stopped using medications such as sleeping aids or painkillers and used cannabis instead. An incredible 80% of users said CBD products were very or extremely effective while only 3% believed that CBD offered no help for their condition.

The main issue at present is that cannabis users believe that CBD products derived from marijuana are more potent and effective than CBD taken from hemp plants. This is a problem because marijuana is only legal in a handful of states. In contrast, hemp products are legal all across the United States. It was also interesting to note that cannabis users spent between $20 and $80 a month on CBD products. This price compares favorably with the cost of most prescription medications and users benefit from a lack of side effects.

What CBD Oils Should You Choose For Insomnia?

In an ideal world, you would be able to purchase CBD from marijuana plants, but it is an impossibility unless you live in a state where medicinal marijuana is legal. Otherwise, you must rely on hemp-based products. With hundreds of CBD products coming from hemp available today, you need a service that helps you find the best quality oils and edibles from reputable companies. We’re proud to offer that service. Check out which CBD oils work on our CBD Oils for Insomnia Comparison Chart.

Final Thoughts on CBD for Insomnia

It appears as if the stereotypical view of a ‘stoner’ collapsing on a sofa after smoking a few joints isn’t a million miles from the reality. However, it is fascinating to learn that products with THC are less effective at helping people beat insomnia than items containing CBD.

Research is still in its early stage, but there is a lot to be said for falling back on an all-natural, non-addictive way to help you fall asleep.

The May Also Like
CBD Oil for Multiple Sclerosis (MS)

It’s estimated that there are currently at least 2.1 million people worldwide who suffer from Multiple Sclerosis (MS). Interesting to note, it’s thought to be the most frequent chronic neurological disease among young adults in northern industrialized countries. There is currently no known cure for MS, and its symptoms range from severe pain, spasticity (feelings […]

CBD Oil for PTSD [Exploring How it Works]

What’s the Difference Between CBD Oil and CBD Tincture?