Can You Use CBD for PTSD? What Does the Research Say?

Federal marijuana prohibition remains a significant stumbling block in the quest to study the plant in detail. We are mainly reliant on data from research performed overseas. The government allows the University of Mississippi to grow cannabis for research. However, the herb grown there doesn’t resemble what you’ll find in the average licensed dispensary.

Until December 2018, we had the same issues regarding researching hemp. Although several states had pilot programs, none of them were federally approved. When the president signed the Farm Bill into law, it changed the entire industrial hemp industry. Unfortunately, that doesn’t mean understanding the industry has become any simpler. Many states have differing views on the of CBD products and what they can be officially as. That’s why we always recommend checking your state policies before buying.

Also known as cannabidiol, CBD is a non-intoxicating cannabinoid. It doesn’t cause a ‘high,’ and has a lot of support as ‘alternative medicine.’ The FDA doesn’t see it that way. At the time of writing, only Epidiolex is an FDA-approved drug containing CBD.

It is important to note that CBD is not yet clinically proven. Brands can’t claim the compound ‘treats’ or ‘cures’ any medical condition. There is a growing body of scientific evidence that places CBD in a good light. Unfortunately, the lack of clinical trials is holding back the industry.

There is a growing movement towards using CBD for PTSD. Already, countless veterans use marijuana to help them deal with their terrible affliction. Is CBD oil a viable non-intoxicating means of assisting individuals with PTSD? Let’s see what the research has to say.

To learn why people use CBD oil for PTSD, you must understand a little about the condition. Post-Traumatic Stress Disorder is a psychiatric disorder, according to the American Psychiatric Association (APA). It typically occurs in people who witness or experience an act of terror, serious accident, or personal assault. In the past, it had names such as ‘combat fatigue’ and ‘shell shock.’

There was an assumption that the condition was primarily related to veterans. However, it can occur in any person who has lived through a traumatic event. The APA states that 3.5% of American adults have PTSD. Approximately 9% will receive a PTSD diagnosis during their lifetime. Women are twice as likely to have PTSD as men.

If you have the condition, you suffer from intense and disturbing thoughts related to the terrible experience. Occasionally, a person living with PTSD relives the event through nightmares and flashbacks. These occur for a long time after the fact. It is normal for a person in this situation to avoid people or situations that remind them of the trauma.

Unfortunately, you can also develop PTSD via indirect exposure to a traumatic event. For example, if you learn about the violent death of a friend or family member.

Before considering CBD oil for PTSD, you must learn whether or not you have the condition. Symptoms include:

A significant number of people exposed to a traumatic event will experience some of the above symptoms. However, these issues tend to fade after a few days. A PTSD diagnosis occurs when you experience the above for a mount of time. Without treatment, you may suffer from the symptoms for years.

There are also related conditions, including:

What PTSD Treatments Are Available?

Remember, the FDA does not approve of CBD for PTSD ‘treatment.’ Indeed, it is only relatively recently that the concept of using CBD oil for PTSD became popular. Researchers have found that the brains of individuals with PTSD process threats differently. It is because the balance of neurotransmitters is misaligned. As a result, people with the condition have a quickly triggered ‘fight or flight’ response. Trying to shut it down could cause a person to feel emotionally cold.

Several drug types impact brain chemistry related to anxiety and fear. The most commonly prescribed medications affect serotonin or norepinephrine neurotransmitters. They are called SSRIs and SNRIs, respectively. Popular brands include Prozac, Zoloft, and Paxil. Please note that the FDA only approves Paroxetine (Paxil) and Sertraline (Zoloft) for treating PTSD.

Other medication options include:

Side effects of SSRIs and SNRIs include:

Experts tend to agree that PTSD therapy is more effective. It aims to improve symptoms, teach you how to deal with it, and boost self-esteem. Most forms of treatment fall under the Cognitive Behavioral Therapy (CBT) umbrella. A typical example is Cognitive Processing Therapy. It usually involves 12 weeks of treatment in 60-90 minutes sessions. Other options include:

While therapy is often effective, some patients want more. They don’t wish to become addicted to opioids or suffer severe side effects. There is a growing body of research that looks at CBD for PTSD. Let’s find out what it says.

In theory, CBD oil might be able to help patients with PTSD. It potentially improves the endocannabinoid system’s (ECS) mediation of several essential functions. These include the consolidation and retrieval of memories. Cannabinoids such as CBD activate the CB1 and CB2 receptors located within the ECS. Through this process, CBD might give the system a ‘nudge’ to increase the production of neurotransmitters that promote happiness, memory, and pleasure.

Cannabinoids could prevent a patient from retrieving memories of the underlying trauma. A study by Neumeister A., published in Molecular Psychiatry in September 2013, looked at neurotransmitter production in PTSD patients. It found that these individuals had far lower levels of the neurotransmitter, anandamide. Known as the ‘bliss molecule,’ anandamide is one of the main cannabinoids produced by the body (endocannabinoids).

Anandamides act as a natural antidepressant and potentially impair memory. CB1 receptors could help ‘switch off’ traumatic memories. A lack of anandamides could also result in PTSD symptoms such as fear and anxiety. Neumeister pointed out that MMJ patients with PTSD often experience more relief from symptoms than they do with antidepressants. He said there was “a very urgent need to develop novel evidence-based treatments for PTSD.”

Until recently, the primary link was between marijuana use and PTSD symptom alleviation. In recent times, researchers have started to analyze the potential use of CBD oil for PTSD.

CBD For PTSD – The Studies

A study by Elms L. was published in the Journal of Alternative and Complementary Medicine in April 2019. It was the first study to date that examined the clinical benefit of CBD for PTSD patients. The research took the form of a retrospective case series. It looked at the effect of oral CBD on the PTSD symptoms of 11 patients. The study was eight weeks long, with symptom severity assessed every four weeks.

10 of the 11 patients experienced a decrease in the severity of PTSD symptoms. The mean total PCL-5 score of patients was 28% lower after eight consecutive weeks of CBD treatment. Furthermore, none of the patients had to discontinue treatment because of adverse side effects.

The researchers instructed the patients to use the cannabinoid once or twice a day based on the severity of symptoms. The medium capsule dose was 25mg per day. Meanwhile, the median dose of liquid CBD was just 9mg per day. The total mean starting dose, therefore, was 33.18mg. After eight weeks, the median dose had increased to 48.64mg per day.

The researchers concluded that oral CBD might have a beneficial effect for patients with PTSD. It did note that the cannabinoid was best administered in addition to outpatient psychiatric care.

Bitencourt and Takahashi had a review of studies published in Frontiers in Neuroscience in 2018. It aimed to highlight CBD’s potential as a treatment for disorders involving unwanted retention of bad memories. It concluded that “CBD may offer therapeutic benefits for disorders related to inappropriate responses to traumatic memories.” As always, the researchers called for further studies to explore the issue further. But it’s important to note that these studies are very new. Much more research needs to be conducted before we can make bold claims about this ip.

CBD and PTSD – What Does the Future Hold?

We hope that the legalization of industrial hemp cultivation opens the door for further research. We must try to find ways to combat Post Traumatic Stress Disorder. There is lots of room for improvement in existing medication options. Marijuana is a prevalent option, but not everyone wants to experience the intoxicating high. CBD oil for PTSD offers a possible but still not certain area of research.

There is unquestionably a strong link between the disorder and veterans returning from combat zones. The Veterans Association (VA) suggests that up to 20% of those who fought in the Middle East now have PTSD. Death by suicide amongst veterans has reached epidemic proportions. More than 7,000 veterans take their own lives annually. By 2016, approximately 66,000 veterans received treatment for opioid addiction.

We need to do something to help veterans and others who have PTSD. There is a possibility that using cannabidiol could help people deal with traumatic events. CBD for PTSD is not an FDA-approved treatment, but it is gaining traction. Let’s see what the future holds.

Article Sources:
The May Also Like
CBD for Sciatica

An increasing number of people are becoming aware of CBD and its potential health benefits. From treating mild pains to managing chronic conditions, CBD has attracted a considerable amount of attention within the natural medical community over the last few years. CBD is thought to have many healing properties, making it an excellent option when […]

If there was one thing that most people would assume humans are at least universally skilled at, it would be breathing. This essential, literally life giving quality of human existence is something that we all do quite literally all the time. However, despite how easy it should be, some people struggle with breathing when they […]

0
CBD for Schizophrenia: How Could It Help?

Living with schizophrenia is a frightening and often depressing experience. It is a severe mental illness that causes disturbances in behavior, emotions, perceptions, and thoughts. When the symptoms become really bad, it can become almost impossible to differentiate between what’s real and what isn’t. For decades, it was a poorly understood condition. The main form […]

0
CBD for Boosting Your Immune System Against Winter’s Viruses

Your immune system plays a pivotal role in your overall health as it protects your body from harmful infections and viruses. It creates, stores and distributes your body’s white blood cells which fight the bacteria and viruses that attack it. Therefore, it is imperative that your immune system is at its peak when winter approaches […]

CBD Oil in Florida: What You NEED to Know 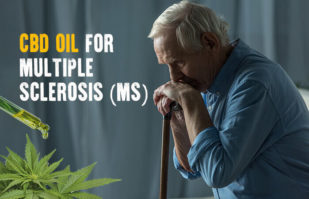 CBD Oil for MS
0
0
Would love to hear your comments. Click to leave a comment.x
()
x
| Reply