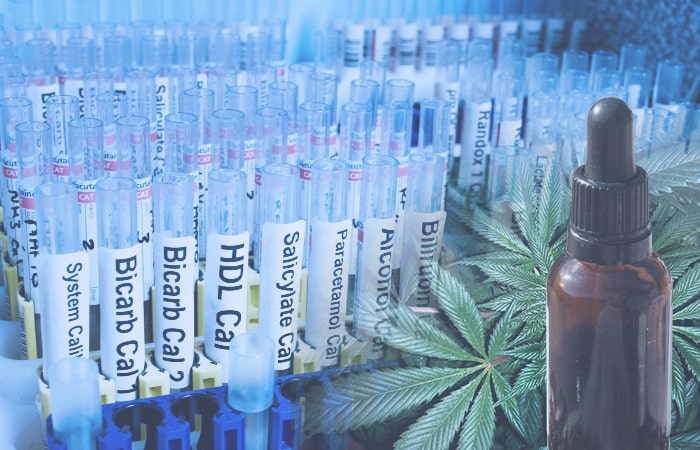 Does CBD Oil Show up on a Drug Test?

This is one of the most common questions we get asked at Natural Wellness. It is only natural to show concern over whether CBD can cause a drug test failure. Medicinal marijuana is now legal in 22 states, and another 11 plus D.C. permit recreational use. Despite changes to state law, cannabis remains a federally prohibited substance.

As a result, employers in some states have the power to fire anyone who tests positive for marijuana. It doesn’t matter if the employee used it in his free time in an adult-use state! There are protections in place in a few states, but federal employees face a zero-tolerance policy.

The short answer to the title question is ‘no.’ At the time of writing, CBD does not turn up on a drug screening. However, it doesn’t mean you won’tfail a drug screening after using cannabidiol. Confused? Read on to learn more.

What Are Employee Drug Screenings?

Organizations occasionally ask employees to submit to a drug test. The idea is to determine if you use illicit substances or anything that could negatively impact performance. Depending on the drug, a test could also decide if you are a danger to yourself or others. Companies have plenty of reasons to ask for a drug screening, including:

The most common method of testing for drugs is a urinalysis. This screening requires you to pee in a cup. Other possible tests include blood and follicle analysis. However, a urine test is the cheapest and is relatively effective. The primary type of urine drug test is an immunoassay. It offers fast results and is cost-effective. However, it doesn’t pick up certain opioids.

When it is testing time, you get a specimen cup from the tester. You need to hand over your belongings and empty your pockets. Clean your genital area with the cloth provided. Next, urinate into the cup. In most cases, you need to provide at least 45mm of liquid. The tester measures the temperature of the urine to ensure it is within the right range. It is sealed, packaged, and sent away for testing.

What Is the Failure Threshold?

The cutoff point for a marijuana test is 50ng/ml. Therefore, you will fail the test if your urine has 50+ nanograms of THC metabolites per milliliter. There is a second, more detailed test one can take if the immunoassay comes back positive. A gas chromatography/mass spectrometry (GC/MS) confirms the first result. The cutoff level here is just 15ng/ml. If you fail this expensive test, there is a chance that you lose your job, depending on your company’s policy.

If you are a cannabis user, it isn’t easy to say when THC leaves your system after abstaining. The length of time the metabolites remain depend on factors including:

In a first-time cannabis user, a urinalysis may detect it for 72 hours afterward. If you are a semi-regular user, it may take a week to cleanse your system entirely. In chronic users, it can take up a month!

The CBD oil you take will not show up on a drug test. That is, as long as it follows the general guidelines outlined by states where it is legal. The 2018 Farm Bill legalized the growth of industrial hemp. The caveat was that the hemp must contain a maximum of 0.3% THC.

CBD products will not appear on a drug test if they meet this standard. Remember, the test only screens for THC metabolites and not CBD. A study by Desrosiers N.A., published in Clinical Chemistry in February 2014, tested cannabis users. The researchers gave frequent and infrequent users a single cigarette with 6.8% THC.

After several hours, the team found that 100% of frequent users tested positive for THC. Meanwhile, 60%+ of infrequent users also failed the test up to 7.4 hours after smoking. The amount of THC in question was over 20 times the maximum THC content in legally sold CBD.

You would need to consume well over 1,000mg of legal CBD oil per day even to have a slight risk. This also includes a product on the 0.3% borderline. The vast majority of users don’t above 100mg per day. Epilepsy patients tend to use the highest dose. However, even they don’t usually go above 300-500mg daily.

One of the significant challenges facing the CBD industry is the lack of regulation. As it isn’t a federally approved substance, the government has no interest in making it safer. At present, the FDA is meddling in the sector without doing anything useful. Back in 2017, a report found that 70% of cannabidiol products were inaccurately labeled.

They either contained significantly more or less of the compound than advertised. Shockingly, a relatively high number of these products had more THC than claimed. Therefore, you could take one of these CBD oil products and fail a drug test! When buying CBD, make sure you only purchase it from brands that offer third-party lab reports. These certificates of analysis give you a clear rundown of what the product contains.

The Rise of Drug Testing in America

A low-grade CBD oil can cause you to fail a drug test if it contains too much THC. Companies have drug tested for decades, and countless employees have lost their jobs as a result. Organizations can also ask candidates for a position to pee into a cup!

It is the Reagan Administration that is responsible for the rise in company drug testing. In 1988, President Reagan signed an executive order. It led to legislation that required the drug testing of federal employees and some contractors. While there was no mandatory drug testing in corporate America, an increasing number of businesses followed suit.

Fast forward over 30 years, and the notion of marijuana screening seems outdated. With so many states legalizing the herb, something had to give. In 2014, over 9 million United States workers peed in a cup; approximately 350,000 of them failed. The most commonly found drug was cannabis, followed by amphetamines and painkillers. At that time, 40% of American employees were asked to provide a sample during the hiring process.

For specific roles, it makes sense. No one wants a forklift driver under the influence of weed! However, drug tests don’t provide evidence of impairment. The cost of recruitment is exceptionally high. Problems were inevitable.

The Fall of Drug Testing in America?

A study by Quest Diagnostics in the middle of 2019 revealed a disturbing statistic. 4.4% of employees failed a drug test in the US, the highest figure in 14 years. 2.8% of all staff members who submitted to a screening tested positive for marijuana. A growing number of organizations are eschewing drug screenings in a bid to find and keep talented employees. Less than 1.5% of job postings in America now mention the need for a pre-employment test.

For the record, Arlington, Texas, had the highest percentage of jobs requiring a pre-employment screening at 6.79%. New York City had the lowest at 0.46%. Arlington was the only city of 50 surveyed with a figure of over 2.4%.

There is no doubt that in jobs such as construction, transportation, and manufacturing, drug testing remains essential. However, we are at the stage where it makes little sense to enforce an outdated system across the board.

A growing number of employees are fighting back. There are a few states that offer worker protection. In these locations, staff that lost their jobs after testing positive for marijuana are suing their ex-employers.

In Minnesota, for example, the law firm, Baillon, Thome, Jozwiak, and Wanta LLP, filed a class-action lawsuit against the Mayo Clinic. It is representing job applicants and employees of the Clinic who were “subjected to the Clinic’s unlawful medical cannabis and drug testing policies and practices.”

Final Thoughts on CBD Showing up in Drug Tests

CBD oil doesn’t show up on a drug test, as long as you buy it from a reputable brand. With a THC of less than 0.3%, you would need to consume a considerable amount regularly. Even then, it is likely that you will merely trigger a false positive. A more detailed test will ensure that you ultimately pass the screening.

However, not every brand offers third-party lab testing. You are taking a chance if you buy CBD oil without knowing its cannabinoid content. A Chicago truck driver recently lost his job after eating CBD gummies. He claimed he tested positive for marijuana in a drug screening. The label on the edibles clearly stated ‘no THC.’ As a result, he is now suing the maker of the product.

Federal employees are still subjected to drug screenings, and thousands of companies follow the government’s lead. As long as you use low-THC CBD oil, there should be no issues in passing a drug test. It is only when you consume cannabidiol products of dubious quality that you should worry.

Stick with tried and trusted CBD brands for peace of mind if you get called in for a screening. However, no company can guarantee that you will provide a negative reading on a drug test.

I would like to add one more thing to the above, go confident in your drug test. That will also help a lot. The modern paraphernalia for testing is becoming more and more sophisticated, and it can trace even the slightest of THCs that are formed in the stomach due to CBD. So it is better that you go confident, as CBD is legal, and later you can talk to your employer as mentioned above.

CBD oil can make you fail your drug test most often. Please remember, that although it cannot be said with certainty, but most scientists feel that it gets converted to THC in the stomach. So detoxing and cleansing are great options.

CBD can show up in a drug test. In my opinion even the non thc ones can, because, they go into the body, where some changes take place, and THC is formed again. Do not take a chance guys.

I took a urine analysis today. I’ve been taking the CBS 1000 mg for 3 days and I tested positive for thc. I am sure once its sent to the lab it will show negative ( I’m praying).